Uber is returning to Colombia 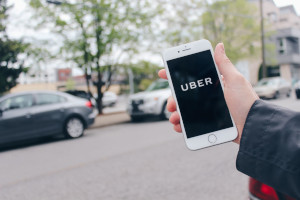 Today February 20, Uber is returning to Colombia and at this hour is full operative. The first impressions are that Uber is offering a set of new services making use of the renting model. In that way now, when you take a Uber service, you are renting a car for your service, in fact, you have now the service "By Hours" and in that way Uber seems to be changing the service speech from a technologic solution to connect drivers and users to a renting car model.

Why Uber was retired from Colombia?

The past December 20 of 2019, the SIC (Industry and Commerce Superintendence) did a sentence where Uber was declared illegal, because that entity consider Uber is acting as a not regulated public transport company, and in the Colombian laws, the private cars cannot offer public transportation, that is prohibited. In that direction the SIC say that Uber was declared illegal and prohibited to run on Colombia from February 1 2020. In accordance and acceptance with the sentence, Uber decided to close the service in Colombia from January 28.

Uber is comming back to Colombia today

After the retirement of Uber due to the SIC sentence, Uber is surprising today, sending soon in the morning an email to the partners drivers associated to the platform and later to the customers who are able to use again their service, the first difference in the first end user screens at the moment to request a service is the new contract agreements where the user is informed that is going to rent a car with driver, renaming their services to UberYa, Comfort, UberXL and a new service named by Hours. Now Uber is again in the Colombian market, waiting for the comments from the SIC, the government and the opposition sectors, by now, more than 2 millions of customers are happy to have Uber between the transport options in Colombia.